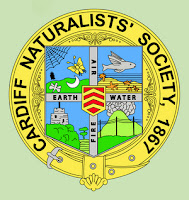 You can read about: -

and many more fascinating facts

As well as these first 25 there are the pages about some of our later presidents which were created for the exhibition at the Cardiff Story museum and are still on-line, and as I felt it was only right a brief summary about myself

(A word of warning the links at the bottom of the pages do not take you forward and back properly. I will be revising all of these once the exhibition is closed and I can do a tidy up not worrying about the pages we put live for the exhibition)
Posted by Shenstone at 10:29 PM