‘A most agreeable and enjoyable day’

I don't have any pictures from 1873, but that trip was led by a geologist so I hope you enjoy these geologists eye view of the Abbey with some pictures taken when Rhian and I had a day out there

These views show a range of building stones used at different places in the Abbey, and the impact that weathering has had on many of these stones. Many of the stones were not intended to be out in the weather because the structure would have had a roof, however some were clearly laid in different angles and you can see how water has got into the layers of rock and differentially weathered some of the layers 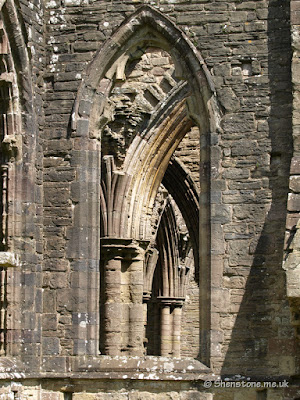 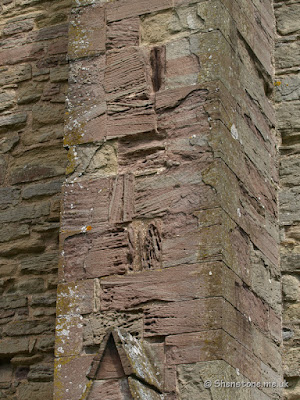 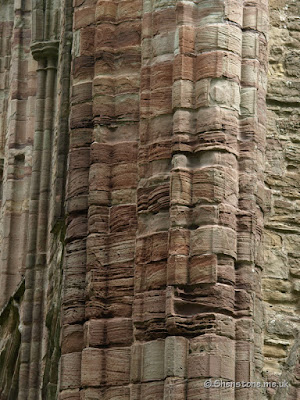 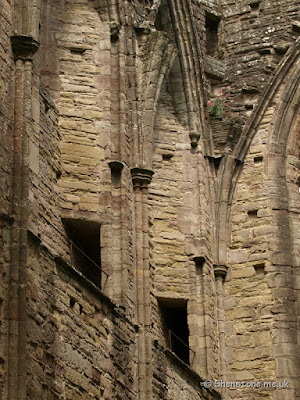 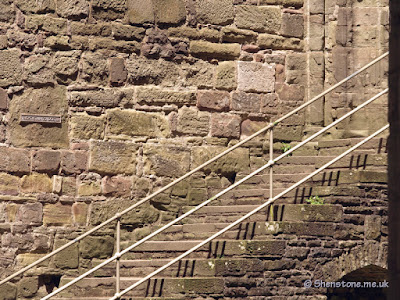 Posted by Shenstone at 6:27 PM No comments:

Gall Ink: from Aleppo to Lindisfarne


The use of Oak galls in the production of Gall Ink is well documented. What is less clear, particularly as far as Britain is concerned, is where the galls came from. A widespread assumption that they were simply collected from the local countryside appears untenable. Likely sources are suggested here but further research is needed to fill in the gaps and address outstanding questions.


Galls have been used for hundreds if not thousands of years in the production of gall ink and used on documents such as The Lindisfarne Gospels, Magna Carta and the Declaration of Independence. Gall Ink required tannin and galls were the source of that tannin in most cases. It follows that the higher the tannin content, the better. Numerous sources describe how gall ink was and can still be made.


The first area of confusion is between the Oak Apple (Biorhiza pallida) and the Marble Gall (Andricus kollari). Photos of both are shown below. The Oak apple is quite large (up to 5 cm), but irregular, soft and spongy. The Marble Gall is smaller (up to 2 cm) and harder. Possibly because the Oak apple is more commonly known as a name (e.g. Oak apple Day) and the Marble Gall is common in the countryside, the two can often get mixed up. For example John Wright's 'A Natural History of the Hedgerow' (1) includes a photo (p. 208) of what is almost certainly a Marble Gall but is entitled the Oak apple gall. Stewart Wild (Stephens Collection) (2) gives a perfect description of a Marble gall - 'mainly dark tannin and resembles a Malteser' but refers to it as an Oak apple.


The Oak apple gall has been around for some time in the British countryside and was (and still is) included in Oak apple Day celebrations which had its origins in festivities linked to the restoration of the monarchy in 1660. 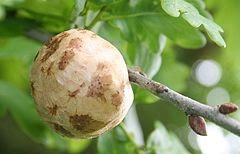 
Articles on gall ink usually show the Marble Gall as a constituent. The Tudor Merchants House in Tenby has a small display on gall ink and includes some Marble galls. The Woodland Trust ran a gall ink project in 2017 again featuring the Marble Gall. With the Marble Gall very common and widespread in the countryside many jump to the conclusion that they would have been easily collected in the surrounding area in earlier times.


However, this assumption does not take account of the fact that the Marble Gall would not have appeared in Britain until the 19th  century. This is because the gall-causing insect has a two-part life cycle and one of these requires the presence of the Turkey Oak which was only introduced in 1735. The gall wasp was not introduced until the 1830s in Devon as a source of tannin so the Marble gall would not have been widespread for some time.


Even when they did arrive the British marble galls would have had a relatively low tannin content, probably around 17%. In contrast the Aleppo Gall from the Middle East had at least three times this level  (see Cecidology article by Leach). Some estimates put it as high as 75%.  Oak apples have less than 5%. John Hill (1751) (3) contrasts the European and Aleppo galls commenting that the former are 'of much less value ... both in manufactures and in medicine'. He also states the 'Oriental' galls are 'brought from Aleppo'. This suggests that a source, if not the principal one, is the import of Aleppo galls. Support for this can be found in a variety of records. Leach (4) notes that as late as 1861 some 800 tons of Aleppo Galls were still being imported annually into the UK. Briggs (4) finds the volume as 50,000 cwt (2,500 ton) in 1880.


Could the monks on Lindisfarne have been using imported Aleppo galls? Further research might confirm or refute this but it does seem plausible. Redfern (5) reports that Aleppo galls were a 'common article of trade' for the Egyptians in the 5th and 4th centuries BC as well as the Greek in the 3rd and 2nd centuries BC. Pliny (1st century AD) suggests that for black dyes there was no substitute for the Aleppo Gall. Redfern again - 'Aleppo galls were exported all over Europe' ... ' Large quantities from the Mediterranean arrived in London'. Some of these were exported on to America which, although it had its own sources of galls, did not appear to use them for dyeing or ink-making. By 1914 the US was importing some $17,174 of Aleppo galls from Baghdad.


Before the 19th century there were no local sources of galls that could have provided sufficient tannin to make Gall ink effectively in Britain. Even when the Marble Gall began to appear in the 19th century it was nothing like as productive as the Aleppo gall. With evidence for the trade in Aleppo galls dating back some 2,500 years it seems reasonable to assume that they were the source of the ink used in the Lindisfarne Gospels, Magna Carta and the Declaration of Independence. Hopefully further research will provide additional data on the trade in Aleppo galls.


1. A Natural History of the Hedgerow by John Wright, Profile Books, 2016


2. Online by Stewart Wild, Trustee of the Stephens Collection.


No this is not a reference to any goings on in the US at the moment, It's more a comment about how much fun I have been having reading about and learning about the people who preceded me as President of the Cardiff Naturalists' (something I still consider to have been a great honour after many years)

I know I am reading about Victorian times and the way people looked at and thought about things was very different and you have to consider that some of t...he people who were appealing for great things to be done were also employers who expected hard work in unpleasant conditions. However to see amongst the former presidents the people who campaigned for things like the Free Library, Miners benevolent funds and for the establishment of many of the great institutions of the city I think shows people of vision

The list of pages with information about former presidents is growing at http://cardiffnaturalists.org.uk/htmfiles/150th-08.htm and I hope that some of the current members find this of interest.

Regards
Andy
Posted by Shenstone at 10:19 PM No comments:

An Evening with Iolo Williams - Pictures from the evening

It was a SELL OUT ! and we had a wonderful time! 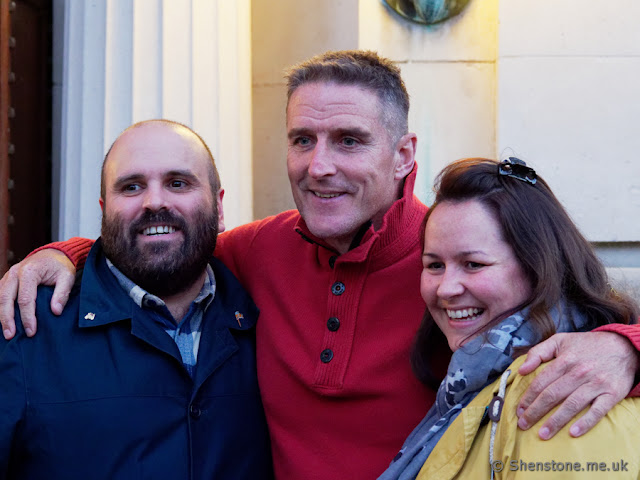 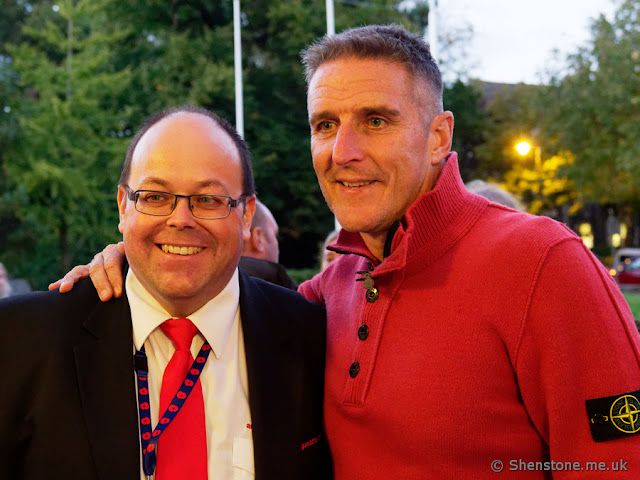 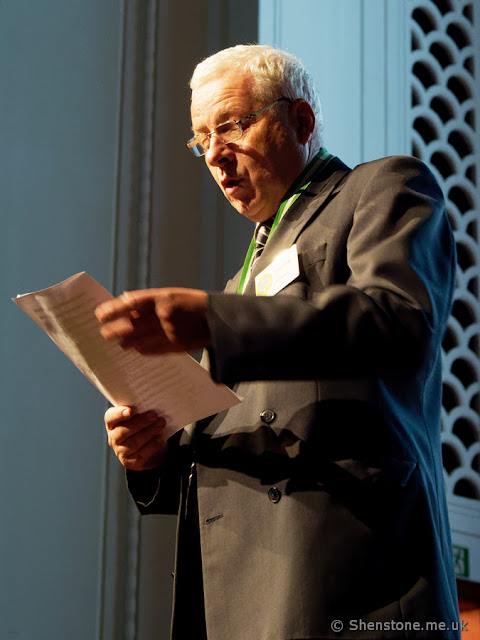 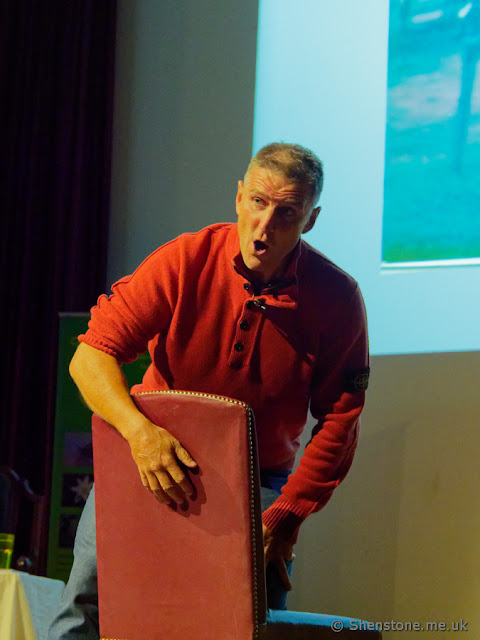 His explanations of how he had worked with the Gurka's and SAS on the protection of wild bird nests during his 15 years with the RSPB had the whole audience in raptures. 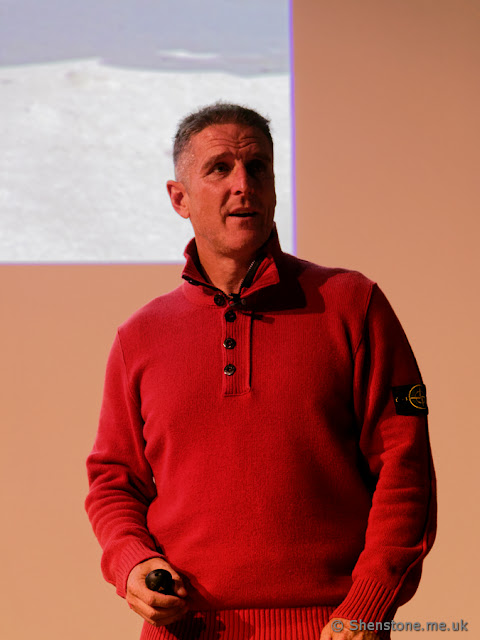 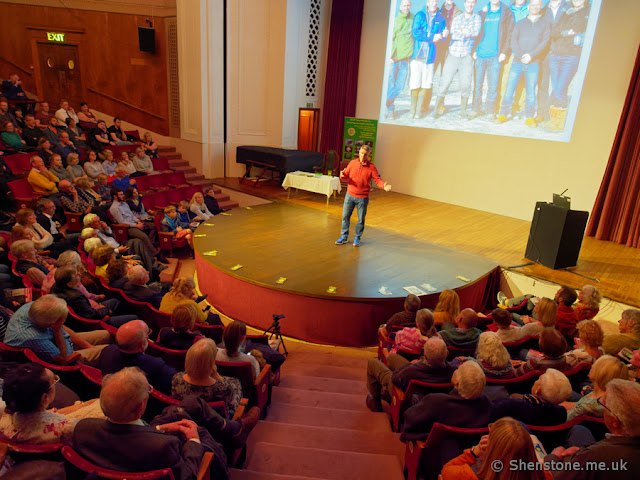 Questions and Answers would have probably gone on all night had we permitted it ! 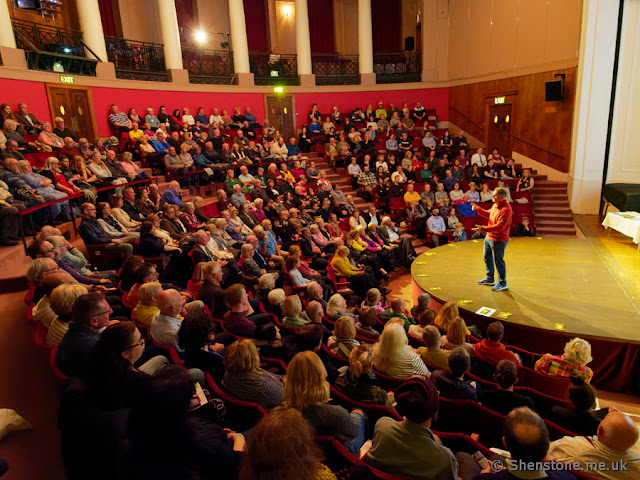 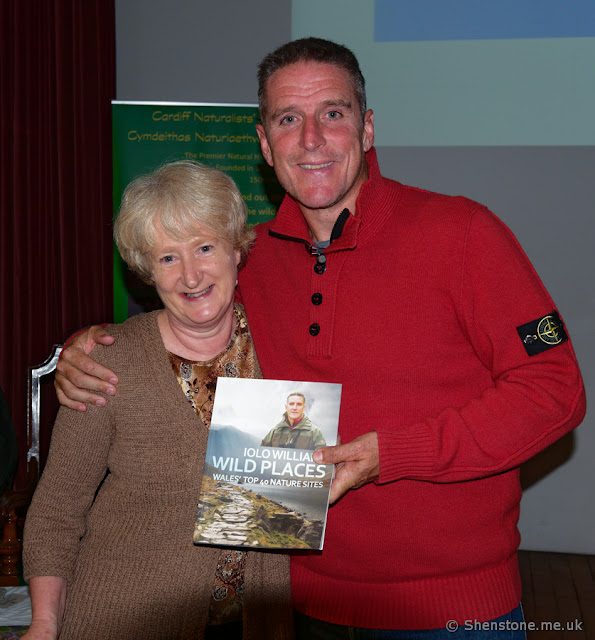 After that we went into the main hall for the private reception for members.

Sorry if you have recently joined - we would have loved to have everyone through for that for everyone and new members included, but  it would have been cost prohibitive and we had to make that a member offer before the general ticket sales started

We did manage to get this picture of former and current presidents with Iolo. 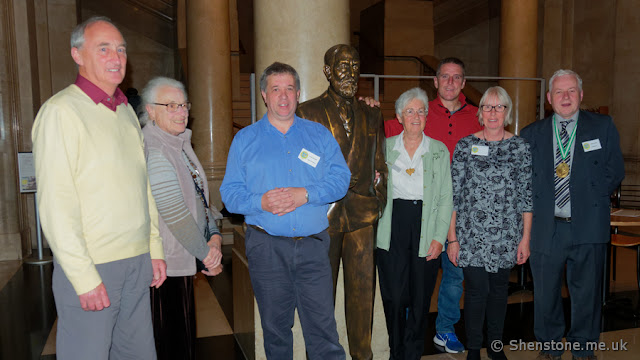 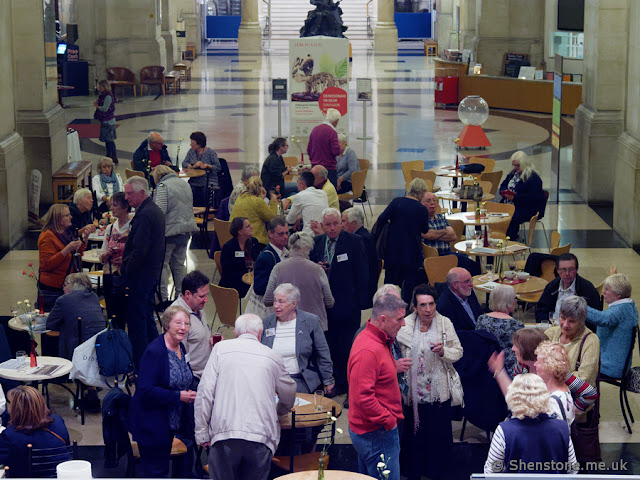 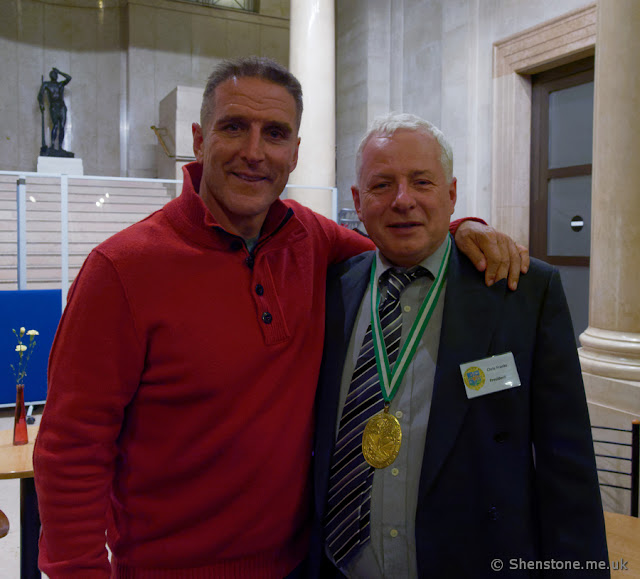 Posted by Shenstone at 3:28 PM No comments: