We had a fascinating evening of talks last night

After an introduction to Mary and her career he gave us a full update on where the project has got to working through the approximately 150,000 records that she captured during her life.

he outlined the work as

Further details can be found in a plethora of online services


Paul Bowden went next with some excellent pictures of the Birds he had spotted during a trip to California and Arizona. Clearly these are excellent places to visit and Paul has I am sure inspired a few holiday ideas


Eirian Edwards came next with an intriguing talk entitled "Mainly Orchids" where she showed us the range of Orchids that she has been able to see at home in Wales, in the wider UK and around the world. As the title suggested that wasn't all of it as we were treated to a selection of other plants and animals from the places she explored, especially her favourite place Kenfig Burrows


I brought up the rear with a rapid run through some of the places I have been visiting with work over the last few years. On some of those trips I found a brief time to take a walk and see some wildlife like the wonderful Koishikawa Korakuen which is a beautiful landscape garden from the early Edo Period in Tokyo.

Surrounded by buildings such as the Tokyo Dome in the background, it is a real haven 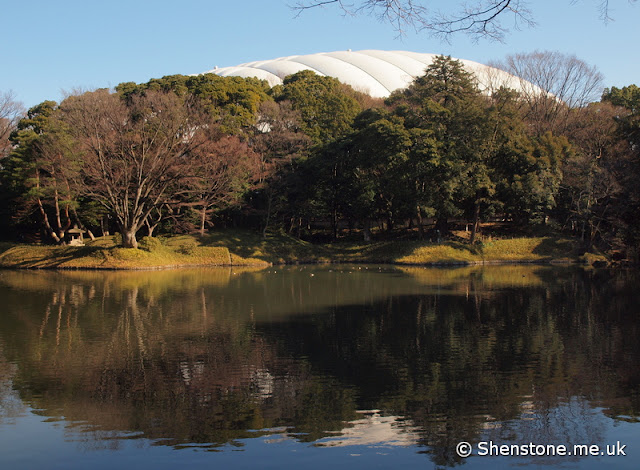 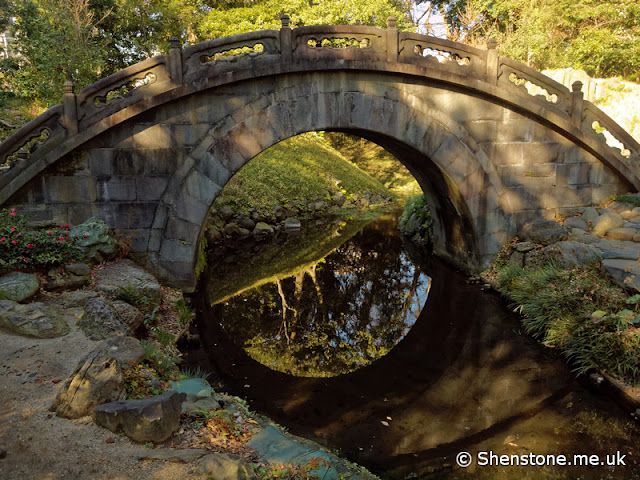 A few other things to note .. the cafe is now open at the university before the meetings take place and we would very much recommend to people that coming early and sharing a coffee etc and having a chat with your friends is a great way to enhance the evening meetings,

The other speaker for the night that the Cardiff Naturalists Bioscience Prize which we give in honour of Dr Mary Gillham and Professor Ursula Henriques will be myself giving a talk about exploring Lanzarote both above and underground. For those who know me there will be a lot of pictures to hopefully enjoy. The programme is updated with that information

Regards
Andy Kendall
Posted by Shenstone at 7:41 PM No comments:

Richard Cowie
The traditional New Year Cardiff Birdwatch took place on 8th January this year.  It got off to a great start compared to last year: for one thing it wasn’t pouring with rain, and for another Rob and Linda had chosen to start in Cardiff Bay which was full of interesting birds.

Twenty three members of the Cardiff Naturalists’ Society and Cardiff Wildlife Trust Group set out from Channel View Leisure Centre and immediately had great views of three male and two female goosander, some of which were out of the water resting on a concrete plinth.

We walked anti-clockwise round the bay heading towards Penarth Marina.  We picked up a few common passerines such as blue tit, great tit, robin and blackbird on the vegetation beside the barrage or in the trees of surrounding gardens.  Under the Taff Viaduct we found little grebe and displaying great-crested grebes, as well as some of the commoner gulls.

Our final destination on this part of the walk was the bay by Prospect Place, and here we found some of the more notable ducks such as a long-tailed duck, and seven scaup, alongside a flock of c50 tufted duck.  The long-tailed duck was very confiding and everyone got good views.  It appeared to be an immature male, beginning to moult into adult plumage.

After spending quite some time admiring the ducks we began heading back towards the Leisure Centre, when a couple walking in the other direction stopped us with a message from David Rich who had gone on ahead.  He had picked up a glaucous gull in the middle of the bay.  We hurried to join him and again got good views of a 1st winter juvenile swimming around with assorted herring gulls and lesser black-backs.  It was a large gull with an impressive two-tone bill with a black tip, and no dark markings on either the wings or tail.

After spending 30 mins watching the gull, we ambled back to the Leisure Centre, very pleased with a good morning’s birding.  At this stage some of the group departed, but the rest of us had lunch in the car park, then had a vote on where to go next.  The two options were to go to Penarth Marina to look for black redstarts, or to head round to the Cardiff Bay Wetland where a bittern had been seen.

The wetland won the referendum, so we headed round to the board walk, stopping to look at the inlets around Hamadryas Park.  We picked up a few more species on the way such as goldfinch, chaffinch and mistle thrush but there was nothing much in the inlets.  The wetland board walk was more interesting with a large flock of tufted duck and coots, within which there were scattered a few pochard and grebes.

We also got further good views of the glaucous gull and heard a water rail.  From there we walked around to St David’s Hotel where we scoured the area for signs of the bittern.  However, a few chiff-chaffs that were flitting around in the bushes distracted us.  Some of these were clearly common chiff-chaffs, but there was also one bird that was much greyer-brown, and paler in appearance than the others and which we thought was possibly a Siberian chiff-chaff (one had been seen in the previous week).  Unfortunately, it didn’t call, so we can’t be sure.

We got so absorbed in trying to sort out our chiff-chaffs that we actually missed the bittern, which was seen flying across the reedbed by another birdwatcher.  Oh well, you can’t win them all!

We walked back to the Leisure Centre and a great day was finished off by a flock of 13 long-tailed tits that were moving through the bushes in the car park just as we got back.

Thanks Rob and Linda for leading a thoroughly enjoyable days birding!


List of Birds Seen (more or less in the order we came across them). 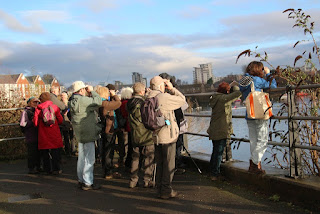 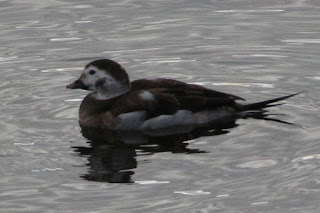 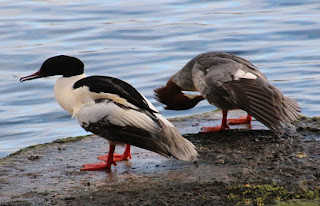 Posted by Stephen Nottingham at 4:20 PM No comments: