When the Cardiff naturalists Society was formed in 1867 a meeting place was needed and this is recorded in the minute book, (a section of which has been put on-line by the Glamorgan Archives team) as being in the Cardiff Free Library


The first reference to a ‘Society’ was in August 1867 with the note of …the preliminary meeting of the members of the projected ‘Naturalists’ Society’ held in the upper room of the Free Library… on 29 August 1867. Chaired by William Taylor, Esq, MD and attended by 11 in total

The simple answer is that it could not have been as that was built between 1880 and 1882 and opened by the Mayor on the 31st May 1882. It did then house a free library, museum and schools for science and art. which will most certainly have been the home for our collections until they were moved to the National Museum of Wales in Cathays Park

So where were these first meetings?

The Cardiff Story Museum website gives us the answer


In 1862 A group of individuals set up a Free Library by voluntary subscription, above the St Mary Street entrance to Royal Arcade and then in 1864 The library moved to bigger premises in the YMCA building, St Mary Street (now demolished). A School of Science and Art was added and a small museum opened.

This second location is logically the location for those first meetings 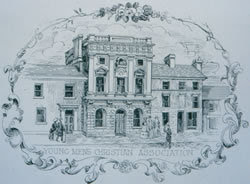 Additional evidence for this is to be found in this publication https://archive.org/details/cardifffreelibra00ballrich which confirms the St Mary's Street address for the library and Museum in 1867.

It also gives a moving dedication to Peter Price


The honour of first suggesting that Cardiff should adopt the Public Libraries Act belongs to the late Mr. Peter Price, whose many years of patient hard work will be remembered as long as the Library records endure.

This publication records the following details


Peter Price (Hon. Secretary, afterwards Chairman;  a member of the Corporation and a J.P. ; died 1892).

It also gives a summary of his life, death and character


Peter Price was born in the little country town of Builth, in Brecknockshire, in 1824, and was the youngest of a family of ten ; left fatherless at the age of seven, to be brought up by a widowed mother on straitened means, his regular education was limited to a few years at the school kept by the parson of the parish. He displayed marvellous aptitude for the acquirement of knowledge, and set about educating himself, and he continued his education up to the very last year of his life.

The Mechanics' Institute at Worcester first gave Mr. Price systematic help in his self-education. He was engaged in that town in the drawing office of an engineering firm.

In 1851 he came to Cardiff, and set up in business as a contractor, in partnership with his brother-in-law, and in a few years he was busily engaged advocating the adoption of the Public Libraries Act for the town. After the adoption of the Act he acted as hon. secretary for thirteen years. When he relinquished this office he still continued a member of the Committee, and was ultimately made vice-chairman, and during the last three years of his life he was chairman. He died October 4th, 1892. For thirty years he had watched the growth of the Institution, and he saw it develop from a thing of nothing to almost what it is to-day. This was his life-work, and will ever remain his most enduring memorial.

On the occasion of the opening of the then new building in 1882 a portrait of Mr. Price was painted by Mr. B. S. Marks, R.C.A., and presented by him to the Libraries Committee. This portrait will in future hang on the wall of the main staircase leading to the Reference Library. He took a keen interest in all that related to the education and welfare of the people. He was a member of the School Board for the first five years of its existence, a member of the Corporation for some years prior to his death; as Borough Magistrate, Governor of the University College, member of the Technical Instruction Committee, Governor of Wells' Charity, and in numerous other offices he served his town ungrudgingly and well.

The greatest act of his life, however, was one which I fear brought that life prematurely to a close. *' In no public service did he set his fellow citizens a nobler example than in the splendid act of self-sacrifice in which the unspotted integrity of a life-time found final expression — the devotion, namely, of the whole of his savings to save the honour of the Building Society of which he was secretary." The loss of money was nothing to him in comparison with the respect and honour of his fellow men, which he retained, but the fact that his confidence had been betrayed by a servant whom he trusted and held in the greatest esteem was a blow from which he never recovered. It has been worthily said of him that he was — " Noble and generous in all he did, transparently sincere in all his actions, a serious and reverent student of nature, ever eager after knowledge, he kept, even to the end, the child-like in the larger mind." 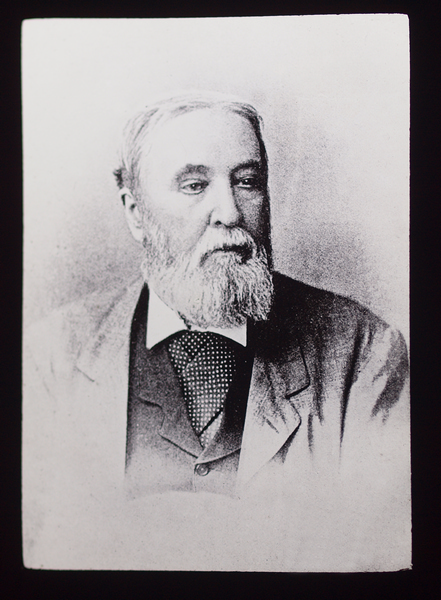 Posted by Shenstone at 9:58 PM