CHECK YOUR BONFIRE BEFORE LIGHTING IT !

We had an absolutely wonderful talk last Monday on Hedgehog rescue and conservation by Erica Dixon from http://www.hedgehoghelpline.org.uk/

She was helped in the talk by Poppy the hedgehog who is an unfortunate victim of an accident and has been blinded though a bad head injury, but is otherwise healthy. You can see Poppy being posed for in the pictures below (of course with her injury she was not aware she was being photographed)

The work that the helpline do is wonderful and we had some facts about them and how they were born with spines, and some fascinating information on how you care for an animal that is only days old. It takes a lot of dedication !

We were all then very sad to hear just how much they were needed to be called on given how rare hedgehogs are getting.  Hedgehogs were abundant throughout Britain, with an estimated population of perhaps 30 million in the 1950s. By 1995, the population was estimated to be only about  1.5 million and declining again since then 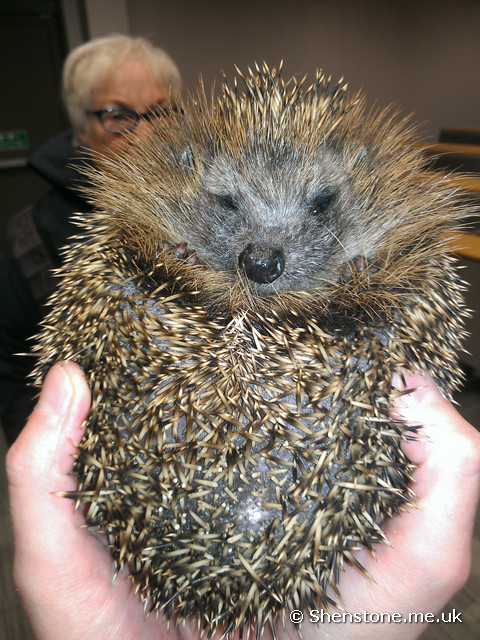 We were shown some awful pictures of injured animals and we had a very apt reminder of the need to check bonfires before being cheered up with some pictures of success stories and happy hogs being released.

Poppy as has been said is not able to be released so she is being kept to entertain people like us on an occasional basis and spends most of her time in a nice secure garden. She was happy to be awake because with no eyes she has lost perception of the time of day. 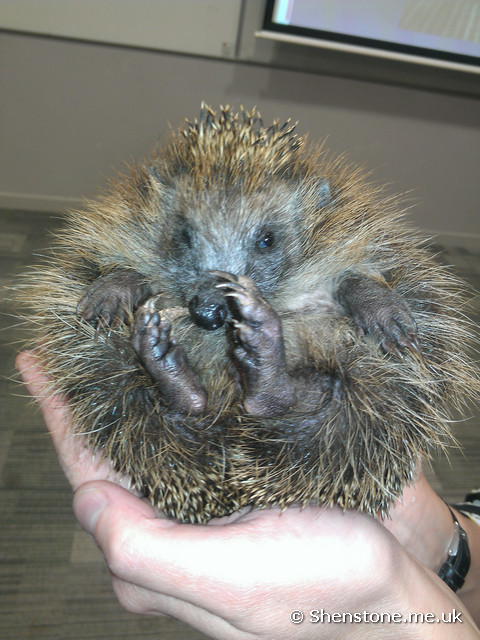 All in all a fascinating talk and I know a number of our members exchanged information about being a release site or becoming a helper. if you want more information then take a look at their website

Posted by Shenstone at 7:56 PM