Eleven members and friends assembled by the Parc Slip Visitor Centre for a tour of this Wildlife Trust Reserve in glorious sunshine after early morning rain. We were fortunate to be accompanied by Margaret and John Samuel who know the site intimately and to benefit also from the expertise of Rob Parry, the Conservation Manager. Serenaded by birdsong from skylarks, wrens, dunnocks, blackcaps and other warblers we made our way to the Northern Wetlands hide. Little grebes were feeding their chicks and a family of Canada geese swam over hoping for hand-outs.


As we toured the Reserve, Margaret and John counted butterflies along their regular transect. Ringlets were amazingly plentiful with a total tally of 176, meadow browns were also widespread with 51. There were smaller numbers of large and small skippers and whites plus several other species including comma and small tortoiseshell. It was a pleasure to see so many insects on the wing, taking advantage of the flowery banks. Only a few moths were noted but we were delighted to see single broad-bodied chaser, southern hawker, common darter and golden ringed dragonflies. 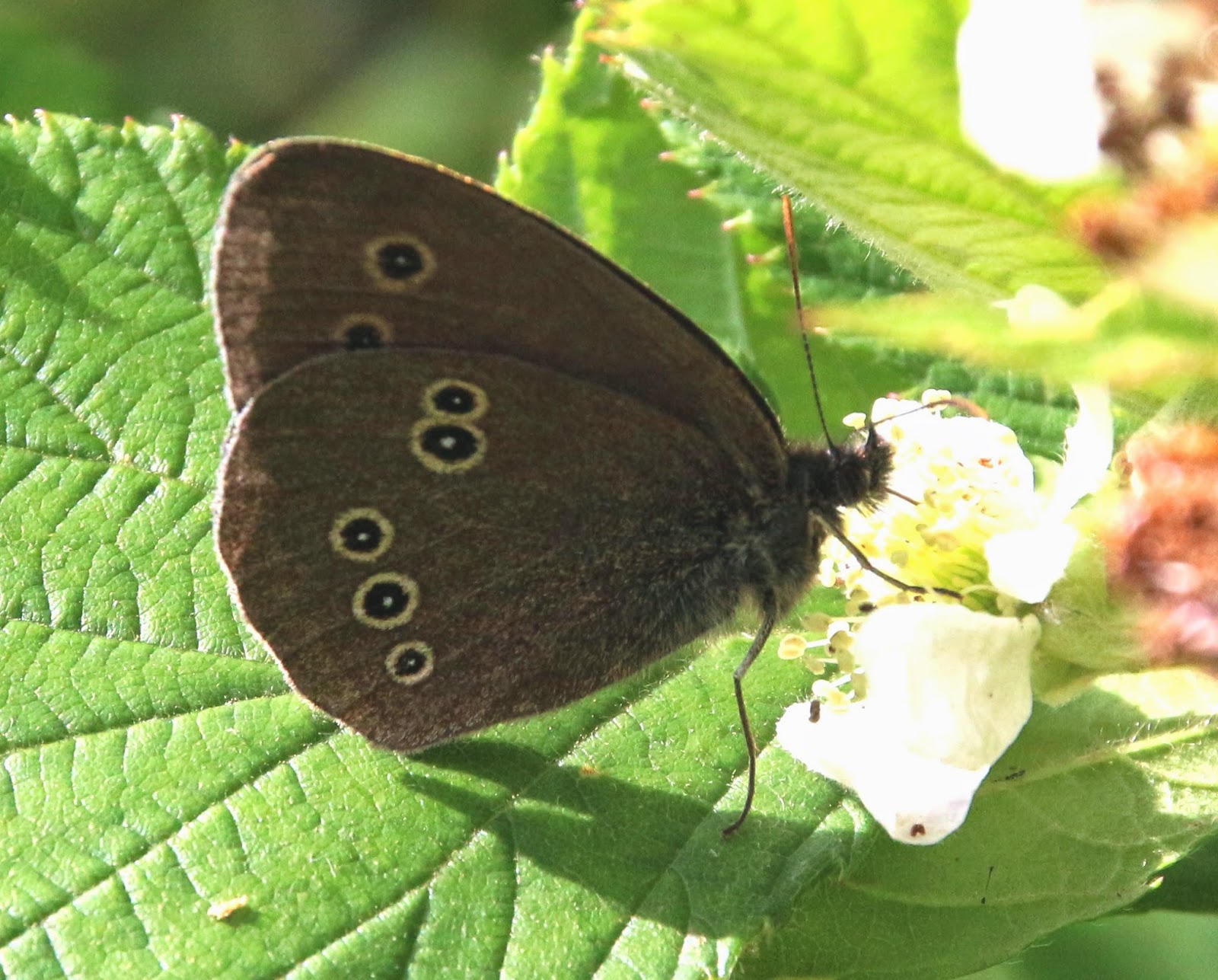 Ringlet
We admired the new hide and extensive scrape it overlooks, but failed to locate the little ringed plover family which had been raised there. En route, a common lizard posed beside the path long enough for all to enjoy. We followed the path beside the stream with its many little waterfalls and returned to the car park via the cycle path, passing the monument to the many lives lost in a mining disaster at the former colliery.
A reduced party stayed to enjoy their picnic lunches beside the Centre pools where damselflies and a moorhen family were in evidence. Although the Centre café was closed for repairs, we were grateful for the use of the toilets.
A circuit of the eastern part followed. Colourful patches of blue meadow cranesbill and pink everlasting pea delighted the eye, but we helped John pull up Himalayan balsam plants to reduce the spread of this invasive alien. Bruce has an eye for galls of various sorts and during the day drew our attention to the strange pink tongues of a fungus, Taphrina alni sprouting from alder cones while the leaf ribs were pimpled by green galls of Eriophyes inangulis caused by a mite. 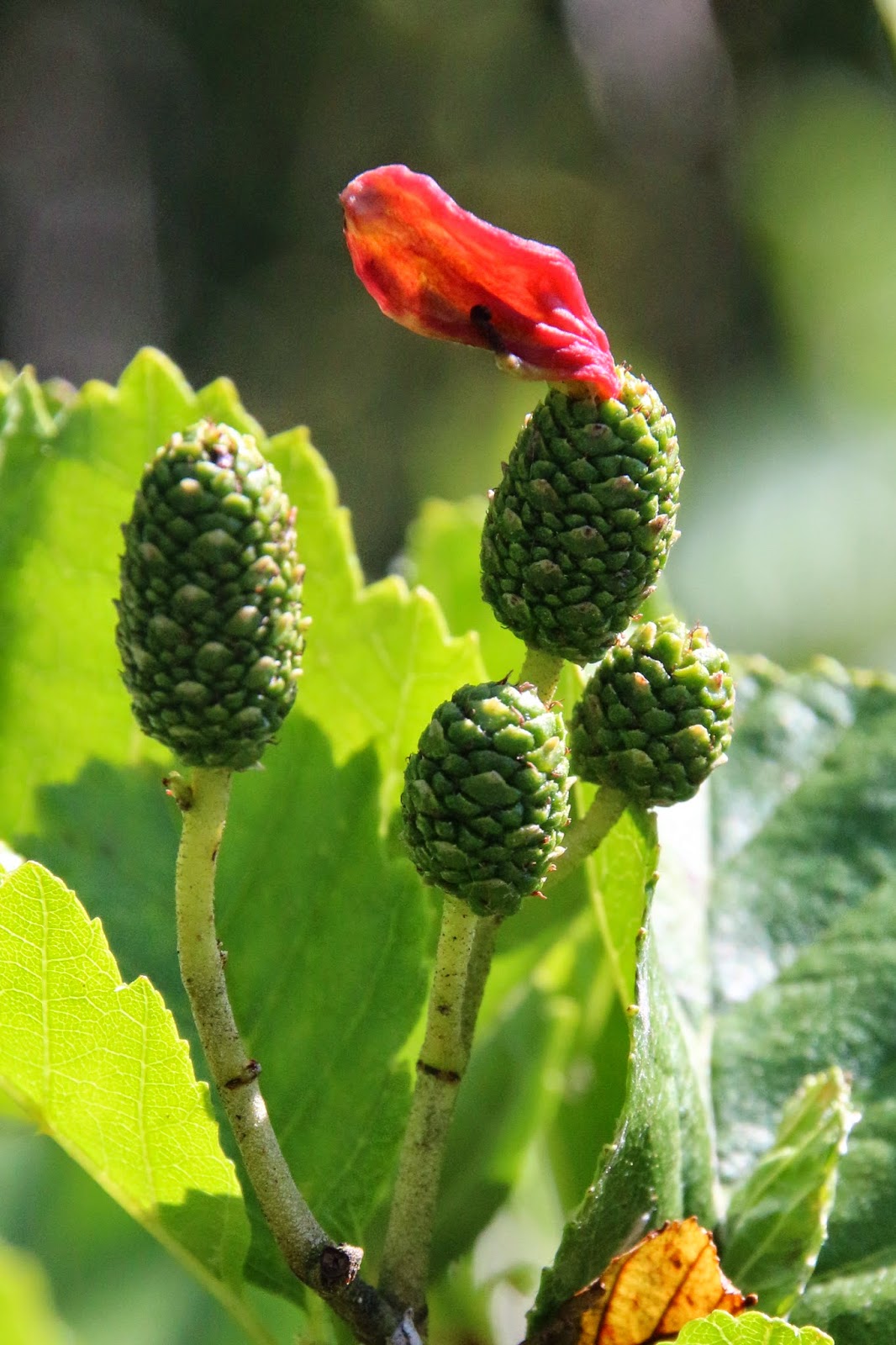 Taphrina alni
We left Margaret and John to complete their butterfly count, returning to our cars highly impressed by the diversity and profusion of wildlife on the Reserve.
Linda Nottage
Posted by Stephen Nottingham at 8:20 PM